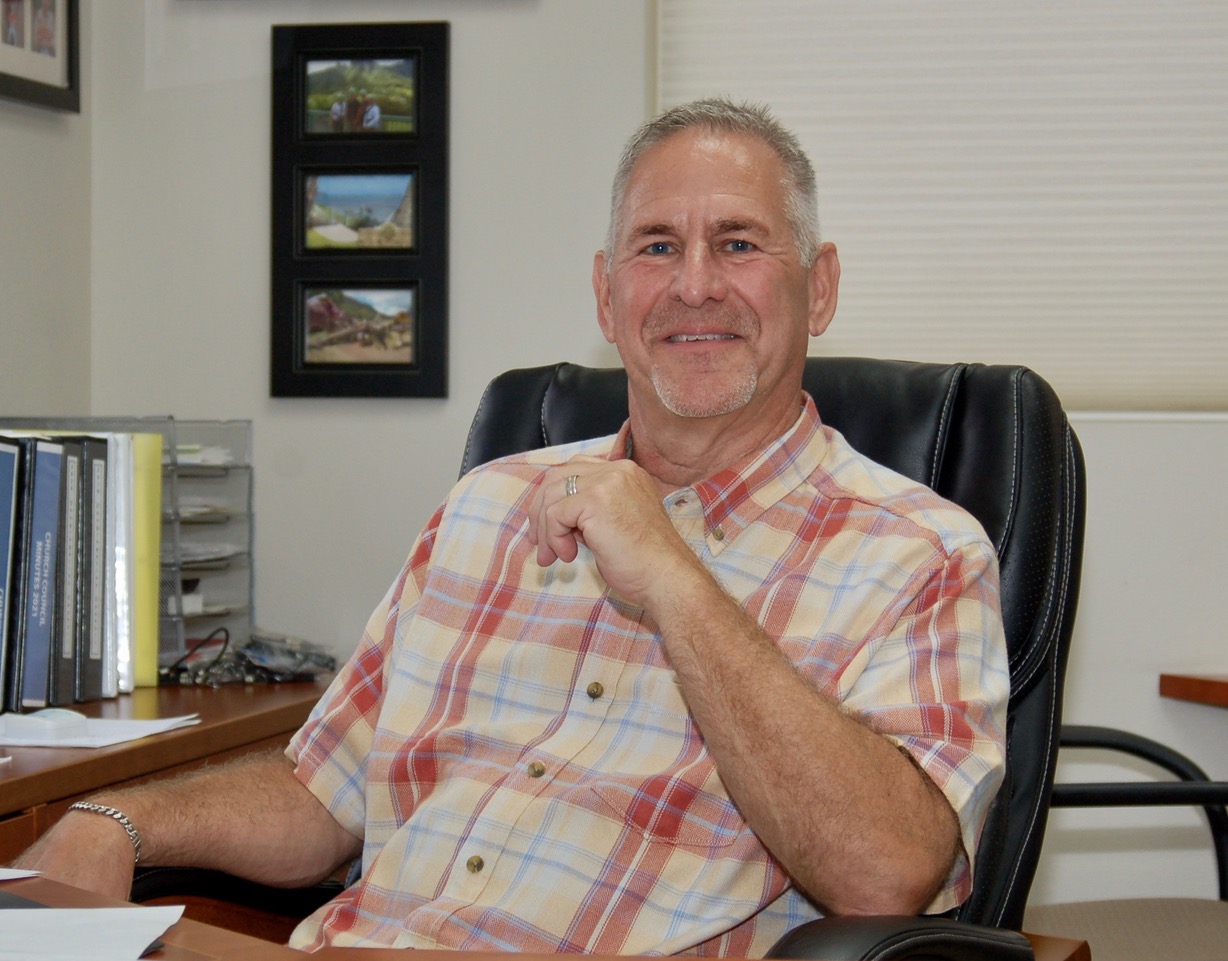 Pastor Rossman came to LWLC in March 2014 after serving as pastor at the Evangelical Lutheran Church of Our Saviour in Pompton Plains, NJ, for nearly two decades (1995 to February 2014). Prior to that he was pastor of Peace Lutheran Church in Greenock, PA (1988 to 1990) and then associate pastor and director of youth ministry at Saint Luke Lutheran Church in Silver Spring, MD (1990 to 1995). He succeeded the Rev. John Cockram, a retired ELCA pastor who graciously served as LWLC’s interim pastor for one year.

Born in Brady’s Bend, PA, Pastor Rossman spent his childhood in western Pennsylvania. He earned a bachelor’s degree in communication from Clarion University of Pennsylvania in 1983 and his master of divinity from Lutheran Theological Seminary at Gettysburg in 1988. He was ordained as a minister of the ELCA, the largest Lutheran denomination in the United States, on June 18, 1988.

Pastor Rossman is firmly committed to leadership by example and what he refers to as “stewardship living.” Driven by his conviction that “what we have been given is to be used not for ourselves but for the world around us,” he responded to a need for volunteer ambulance drivers in New Jersey in the mid-1990s. His subsequent 15 years of volunteer service as an EMT included assisting in 9/11 search-and-rescue efforts. In 2011 Pastor Rossman was instrumental in his congregation’s partnership with Lutheran Disaster Response and another congregation to meet short-term needs related to recurring local flooding. His congregation then became involved in an initiative for longer-term needs: a collaborative effort of religious, governmental, and business leaders to develop a countywide system to distribute financial assistance to people impacted by disasters such as Hurricane Irene and Superstorm Sandy.

In his free time Pastor Rossman enjoys reading, hiking, and pursuing fun activities to enjoy with his children. He is blessed with three children - Mason who lives with him in Arizona, his daughter Emma, her husband Jay and their son Calum who also live in Arizona and his son Logan who resides in California. 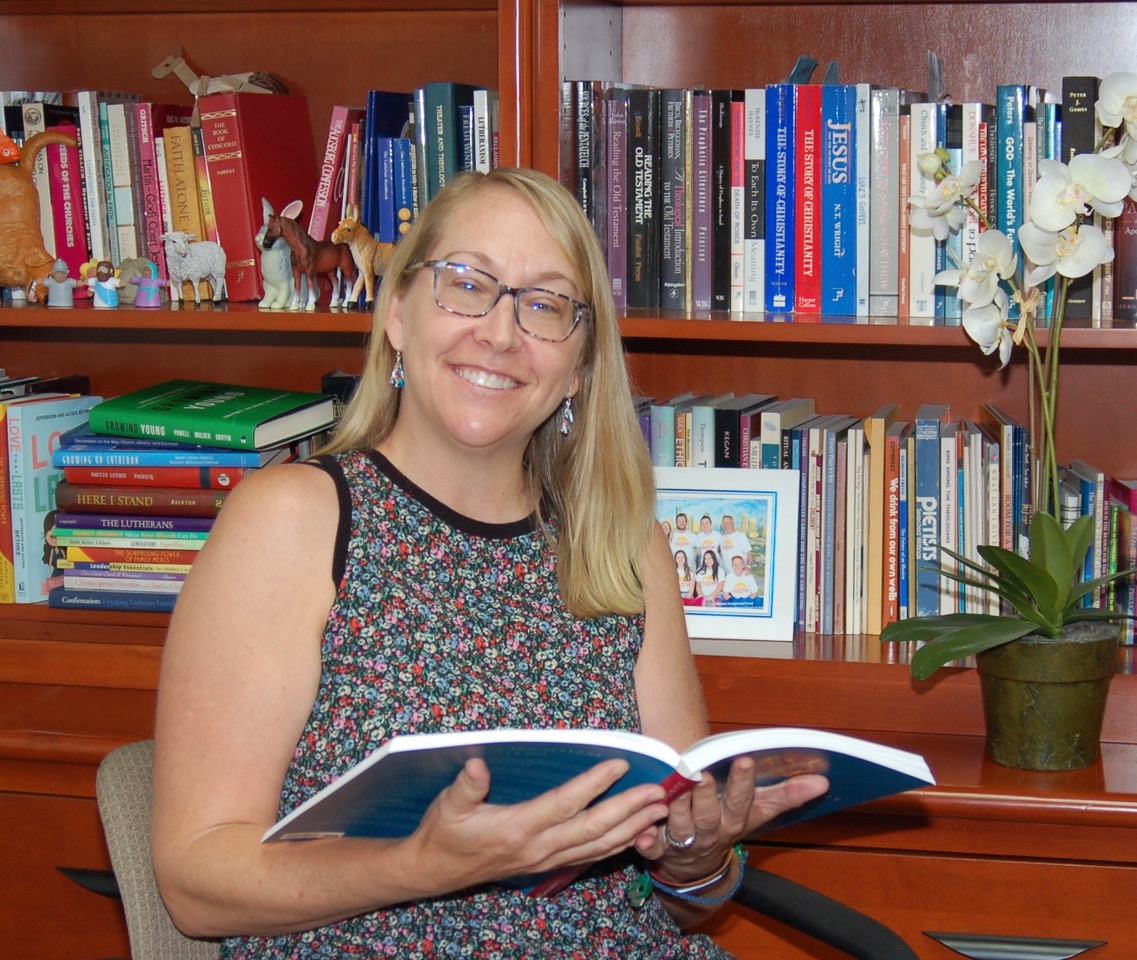 Pastor Shari Bernau joined Living Water Lutheran Church in March 2017 to serve as the new Associate Pastor with a focus on Children, Youth and Family Ministries. She was previously at All Saints Lutheran Church in Phoenix, AZ, where she served as the Associate Pastor of Children, Youth and Family Ministries from 2005 to February 2017 Pastor Shari grew up in a suburb of Minneapolis, MN, called Brooklyn Park. She earned bachelors degrees in Spanish and International Affairs from Northern Arizona University in Flagstaff in 1998 and her Masters of Divinity at Pacific Lutheran Theological Seminary in Berkeley, CA, in 2004. She was ordained as a minister of the ELCA on February 5, 2005.

Within the Grand Canyon Synod of the ELCA, Pastor Shari served on the staff for Lutheran Campfirmation (a one-week camp for junior high students in Payson). She was also a member of the Leadership Team for the 2017 Summer Synod Partners Service and Learning Trip for high school youth and was a Synod Coordinator for the 2018 ELCA National Youth Gathering. She led a group of Living Water Youth members to the gathering in Houston. In addition, since she has joined Living Water Lutheran Church Pastor Shari has started a MOPS Group for mothers of preschoolers and older children to meet and support one another.

Even though her focus is on Children, Youth and Family Ministries, Pastor Shari has a great deal of experience in the area of worship leadership, preaching, visitation, and officiating memorial services and weddings. Serving in a large congregation during times of transition provided many opportunities for her to learn and grow into a diversely qualified pastor. Pastor Shari is married to James, owner of PlayGrounds Fun Zone & Café and PlayGrounds Dart Zone. They are the parents of Anna and Miriam. Pastor Shari loves to travel with her husband, and their favorite destination is Mexico. In her spare time, she enjoys baking, hosting parties and guests in her home, hiking, going out to eat and driving her daughters to swim, theater and choir practices.